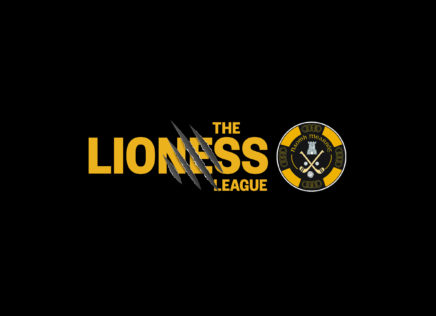 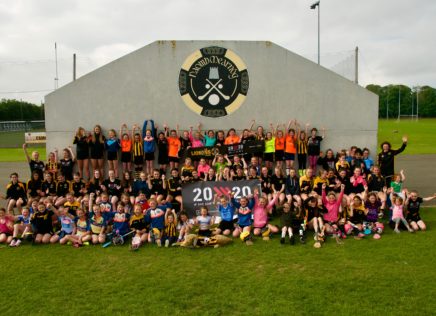 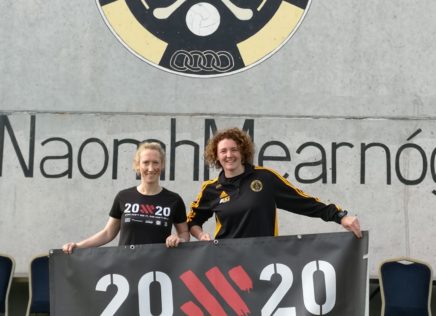 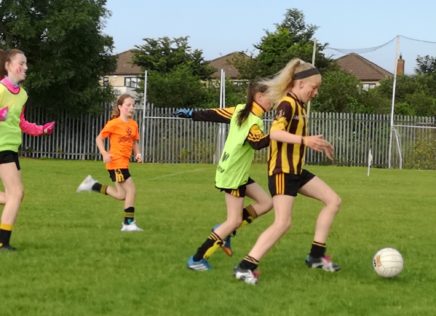 Women in Sport at Naomh Mearnóg – a Roaring Success

Naomh Mearnóg GAA Club, Portmarnock, in support of 20×20, held their first every Lioness League which  started June 25th and ran until the finals on Saturday July 6th.

Over 180 girls took part in the league.  The Lioness League brings U10 to U16 girls together to play in mixed age teams in both ladies football and camogie. The GOAL FOR YOUNGER GIRLS is to be inspired by older more experienced players. To see how much more there is to learn and how they will develop as they get older in the club. The GOAL FOR OLDER GIRLS is to inspire younger girls by demonstrating their skills. To encourage a mentoring mentality and a sense of belonging in the club.

Former Dublin goalkeeper Cliodhna O’Connor and double All Star player, attended the finals on Saturday July 6th alongside friend Catriona Power, Junior All-Ireland Camogie Champion. Cliodhna was incredibly proud to see the girls coming together over the last two weeks. “Club activities like the Lioness league are so important for developing good attitudes towards sports participation for our young players. Yes sport is about competition and participating in leagues and championships is all part of sport but we can sometimes lose sight of the value in just turning up to your local club to play games with other girls from your area. The purpose of these games is not to win anything but rather to simply value playing the game because you enjoy it.”

Carol Lambert, Chairwoman of Juvenile Ladies Football is encouraging other clubs to follow suit. “This was an incredible success for our club. We have younger girls seeing that they can still play football as they get older. We heard conversations at the side of the pitches where our 12 year olds were asking older girls what secondary school is like and how they manage to cope with exams and football matches. The younger girls also got to play at a higher level. Games were faster. More intense. The younger girls were highly competitive and had a point to prove. Our older girls were outstanding, ensuring everyone was involved with the play. This is definitely a way for clubs to bring the girl’s section together and have the girls support each other. I’d highly recommend for other clubs to run something similar. Our girls’ section is now buzzing with energy.”